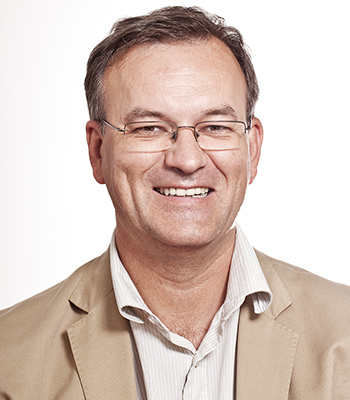 Progress Toward an Open-Source Drilling Community: Contributing and Curating Models
2022
An Ensemble-Based Solution for Automating Drilling Engineering: Application to Directional Surveying
2022
A Framework to Capture the Relationships in Drilling Data and the Propagation of Uncertainty
2022
Best Practices to Improve Accurate Time Stamping of Data at the Well Site
2022
Buoyancy Force on a Plain or Perforated Portion of a Pipe
SPE Journal 2021
Pressure Losses Generated by a Thixotropic Fluid When Subject to an Oscillating Flowrate
2021
Application of the quemada viscosity model for drilling fluids
2021
Precise Method to Estimate the Herschel-Bulkley Parameters from Pipe Rheometer Measurements
Fluids 2021
A Technical Approach To Safe Mode Management For A Smooth Transition From Automatic to Manual Drilling
2021
Buoyancy Force on a Plain or Perforated Portion of a Pipe
2021
Automatic Measurement of the Dependence on Pressure and Temperature of the Mass Density of Drilling Fluids
2021
Autonomous Decision-Making While Drilling
Energies 2021
Analysis of Torsional Stick-Slip Situations from Recorded Downhole Rotational Speed Measurements
SPE Drilling & Completion 2021
Characterization of the Rheological Behavior of Drilling Fluids
2020
The Effect of Thixotropy on Pressure Losses in a Pipe
Energies 2020
Analysis of Torsional Stick-Slip Situations Observed with Downhole High-Frequency Magnetometer Data
2020
An Approach to Autonomous Drilling
2020
Time, Pressure and Temperature Dependent Rheological Properties of Drilling Fluids and their Automatic Measurements
2020
Measurement of the Flowrate Out of a Well for Conventional Drilling Operations
2020
Digitalization of Detailed Drilling Operation Plans and Verification of Automatic Progress Tracking with an Online Drilling Simulator Environment
2020
Toward Seamless Interoperability between Real-Time Drilling Management and Control Applications
2019
Effect of Solid Particle Concentration on Drilling Fluid Rheological Behavior and its Impact on Pressure Losses
2019
Modelling of the movement of a prolate particle in the steady state flow of a non-newtonian fluid in an inclined annulus with inner string rotation
2019
On the importance of the coupling between transient mechanical, hydraulic and thermal effects for the modelling of real-time drilling operations
2019
Reconstruction of Pipe Movement from Downhole High Frequency Measurements
2019
Measurement of Drilling Fluid Rheology and Modeling of Thixotropic Behavior
Applied Rheology 2019
Modelling of Drilling Fluid Thixotropy
2018
Drill-string dynamics in deviated wells in the presence of heave
2018
SPE-191339-MS Analysis of Asymmetric Too.-Joint Wear while Drilling Long Horizontal Sections
2018
IADC/SPE-189642-MS On the Importance of Boundary Conditions for Real-Time Transient Drill-String Mechanical Estimations
2018
Recontruction of Pipe Displacement Based on High-Frequency Triaxial Accelerometer Measurements
2018
Automatic risk uncertainty estimation to support decision making during drilling operation planning: Case study on an ERD well
Oil, Gas 2017
Challenges in the Automation of a Laboratory-Scale Drilling Rig and Comparison with the Requirements for Full Scale Drilling Automation
2017
Challenges and Solutions to the Correct Interpretation of Drilling Friction Tests
2017
Use of Quantitative Risk Analysis Methods to Determine the Expected Drilling Parameter Operating Window Prior to Operation Start: Example From Two Wells in the North Sea
2017
Modelling of the Dynamic Behavior of the Power Tansmission of an Automatic Small Scale Drilling Rig
2017
From shallow horizontal drilling to ERD wells: How scale affects drillability and the management of drilling incidents
Journal of Petroleum Science and Engineering 2017
A Novel Method for Locally Updating an Earth Model While Geosteering
International journal of geosciences 2017
Insights Into the Physical Phenomena That Influence Automatic Gain/Loss Detection During Drilling Operations
SPE Drilling & Completion 2016
Use of a Transient Cuttings Transport Model in the Planning, Monitoring and Post Analysis of Complex Drilling Operations in the North Sea
2016
Long Reach Well Concept
2016