-We have developed a new method for detecting emissions from the seabed's CO2 storage in seawater. In May 2019, we had the opportunity to test the method in the world's first real simulation of emissions from an underwater carbon storage reservoir in deep water.

NORCE- and Bjerknesresearcher Abdirahman Omar is thrilled. They have achieved what he sought. Create new methods and get it tested out. The article with the results has now been published.

This unique experiment was conducted as part of an EU funded project called STEMM-CCS (www.stemm-ccs.eu ) with the aim to provide methodologies and technology required for the effective environmental monitoring of offshore carbon capture and storage (CCS) sites.

The experiment took place near the depleted gas field Goldeneye in the North Sea, about 100 km North East of Aberdeen.

A controlled mixture of CO2 and tracer gases was released continuously over 11 days into the shallow sediments at 3 m below the seafloor with a step-wise increasing flow rate from 6 to just over 140 kg CO2 per day.

The suitability of existing and new methods for the monitoring, detection and assessment of potential environmental impacts of the CO2 release were demonstrate/evaluated.

Monitoring for possible CO2 seepage in the water column is highly relevant research topic these days. CCS is considered as an important technology to reduce CO2 emissions from industry and power production. If this becomes a reality, porous rocks formations under the North Sea could be used for permanently storing large volumes of carbon dioxide.

However, before subsea CO2 storage can be carried out at large scales, it must be demonstrated that it is possible and save.

Therefore, monitoring and verification is required at storage sites by national and international regulations.

One of the challenges is the concern about possible effects on the marine environment if CO₂ were to migrate from primary storage reservoirs during or after the operation, and reliable monitoring strategies for detection and quantiﬁcation of seepage need to be developed.

- We successfully demonstrated that the method was able to reliably distinguish the released CO2 form natural variability both during low and high flow rates (≈18 – 140 kg CO2 per day). Additionally, we were able to quantify the concentration of released CO2 that dissolved in the sampled seawater Oaar says.

The findings are important in two respects:

These steps align well with the CCS monitoring protocol which require to monitor for background (baseline) measurements, assessment of CO2 storage performance in the reservoir, detection of leakage, and (if leakage is detected, suspected or alleged) quantification of leakage and impact assessment.

Several EU and RCN projects have been determinantal for the development of our method from proof of concept to the current state. In keeping this tradition, the researchers are now implementing the method into an online toolbox that is being developed within the ACTOM project.

- We are also exploring ways to further simplify the application of the method and increase accuracy, e.g, through automation and improved modelling of background concentrations and we have the ambition to test the method for other case study areas and assess its performance when using model data in close collaboration with the Department of Mathematics at the University of Bergen, Omar explains. 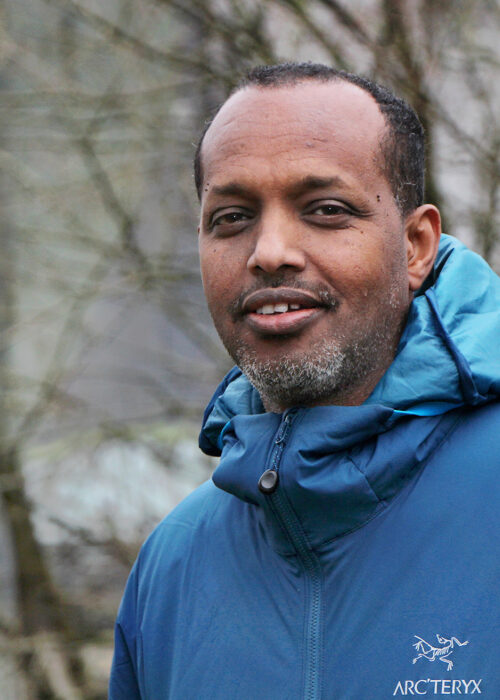