Solar-powered drones will provide more knowledge on pollution and weather. The drone has a wingspan of 12,5 meters and can fly 20,000 meters and higher - several weeks in a row.

The drone can collect data that provide knowledge on pollution and how particles high in the atmosphere move. The fact that they are powered by solar cells means that they can be in the air for a long time.

The drone itself can suggest different strategies on how to fly to optimize data collection. You do not need to plan the flight route on the ground, as is traditionally done. The route is planned and adjusted along the way.

The first scaled-down model will be launched in April next year. One of the remaining challenges is how to deal with air traffic.

- If the drone loses contact with the ground, which we expect will happen, it will return safely to the pilot on the ground. In addition, we will use a tool that shares the drone's position with all aircraft nearby and with the control tower at the airport, Agnar Sivertsen says, senior researcher at NORCE and project manager for the project. 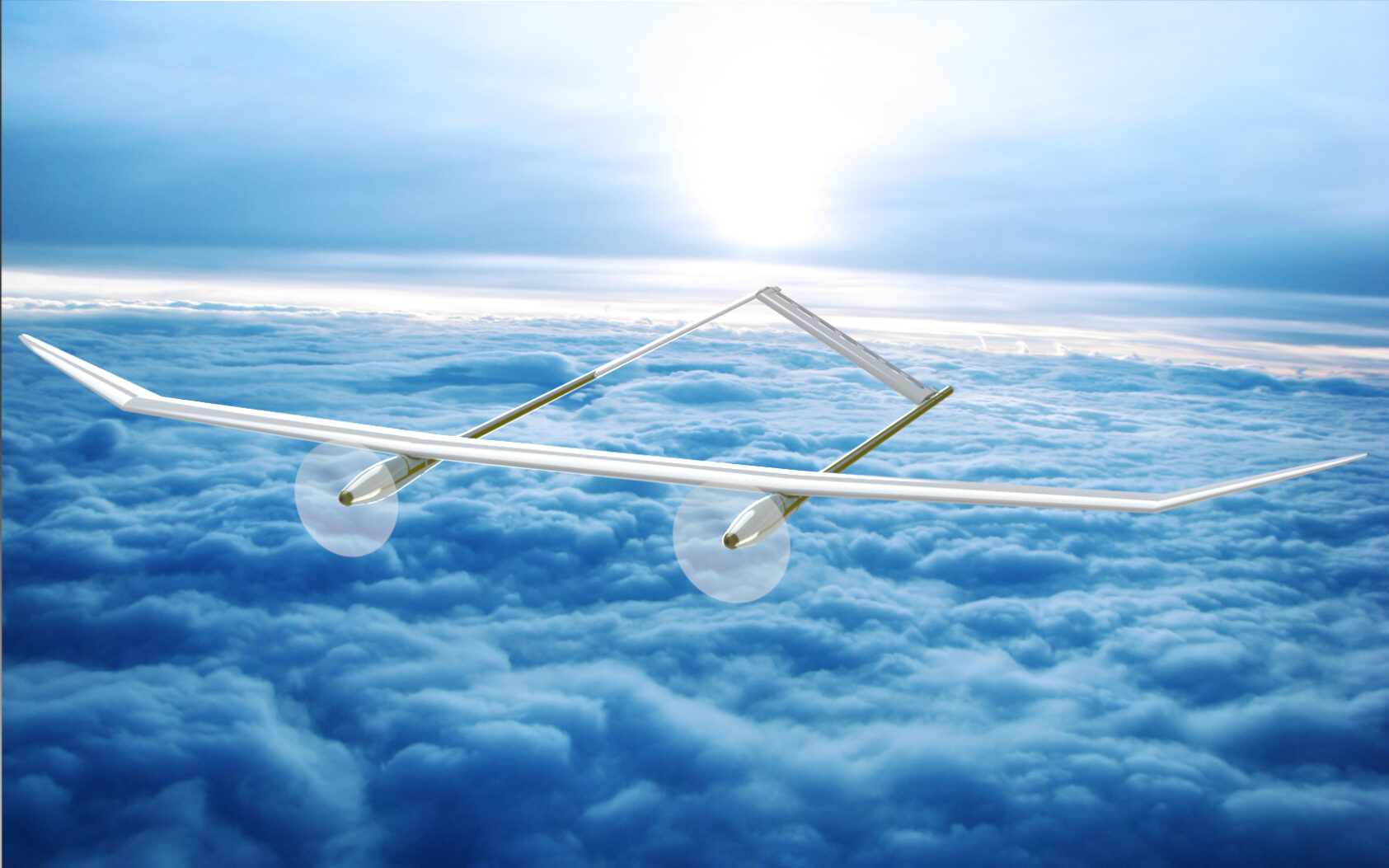 This drone may be in the air in April next year to collect atmospheric data.

NORCE collaborates with the Silesian University of Technology, SkyTech eLab, and the University of Warsaw. The project is funded by the Research Council of Norway with EEA funds.

NORCE delivers the data processing systems and hardware on board, and the communication to and from the ground. SkyTech eLab has in collaboration with the Silesian University of Technology designed the drone and its control system.

- We already have the control systems, Cryocore, but we will develop these further, Sivertsen says.

CO₂ is the most important man-made cause of global warming. Methane is the second most important. But other gases and particles can also affect the climate. One of these is soot, also called black carbon.

- We find soot particles in the snow on Svalbard. These soot particles come from afar, including China, and are one of the factors behind global warming, Sivertsen says.

Across East Asia and especially over China, large amounts of soot are found in the atmosphere. These soot particles can be found in the air, in the snow, and ice in the Arctic.

Soot particles absorb heat from the sun, much as if you were wearing a black shirt on a sunny day. If the soot is released too high, it heats up the air around it, which may already be heading north.

- Data from the drones can provide more knowledge on the processes that control the spread of soot in the atmosphere and on snow and ice in the Arctic, and the understanding of how soot affects the climate, Sivertsen says.

There has been a dramatic increase in ship traffic to Svalbard in recent years, and cruise traffic, in particular, may increase even more in the years to come. This contributes to the amount of soot that settles on snow on Svalbard.

In addition, the Norwegian Meteorological Institute (MET) sends weather balloons into the atmosphere to collect data. This data is used to validate and correct weather models.

The weather balloons collect large amounts of data that are important for forecasting the weather, including in large sea areas. In addition, the data is important for air traffic, to provide information about jet streams so that pilots can fly as economically as possible.

Each country has only a few weather stations that send up balloons, and this is done between two and four times a day. This gives low measurement density and the transmissions can also be limited by air traffic.

Weather balloons with measuring instruments are expensive to use and are only used once. They drift away with the wind and eventually fall down and become litter in nature.

Maybe a solar-powered drone is a better option in the future?

The project is an EEA PolNor project, launched a year ago and ending in 2023.