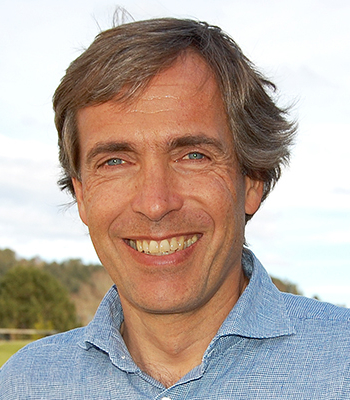 Evensen has extensive experience with data assimilation in ocean and weather models, as well as ensemble-based history matching within petroleum-reservoir models. He has initiated and led several international research projects from an initial idea to operational implementation in various disciplines.

Since 2016, he has worked as a Chief scientist at the International Research Institute of Stavanger (IRIS), which from 2018, merged into NORCE.

He started as a researcher at the Nansen Environmental and Remote Sensing Center (NERSC) in 1989. There he completed a PhD and a Postdoc in applied mathematics, focussing on data-assimilation methods. At the Nansen Center, he developed new ensemble-based data-assimilation methods, e.g., the Ensemble Kalman Filter (EnKF), which is now operational in all major international weather services.

He also developed the Ensemble Smoother (ES), which has become the dominant method for history matching oil-reservoir models in the petroleum industry.

From 2003 to 2016, he worked at Norsk Hydro and Statoil, where he managed the development and implementation of the Fast-Model-Update technology. Fast Model Update is an ensemble-based tool for multidisciplinary and multi-realization reservoir modelling and management and is the preferred modelling technology used at Equinor.

Evensen also holds a secondary position as Research Director at the Nansen Centre.