A regular scheduled passenger aircraft will for the first time fly with equipment and high-resolution imaging systems normally used on satellites. Scientists believe this is the start of a new era for collecting environmental data and that the aircraft will also increase safety and emergency response in the Arctic. 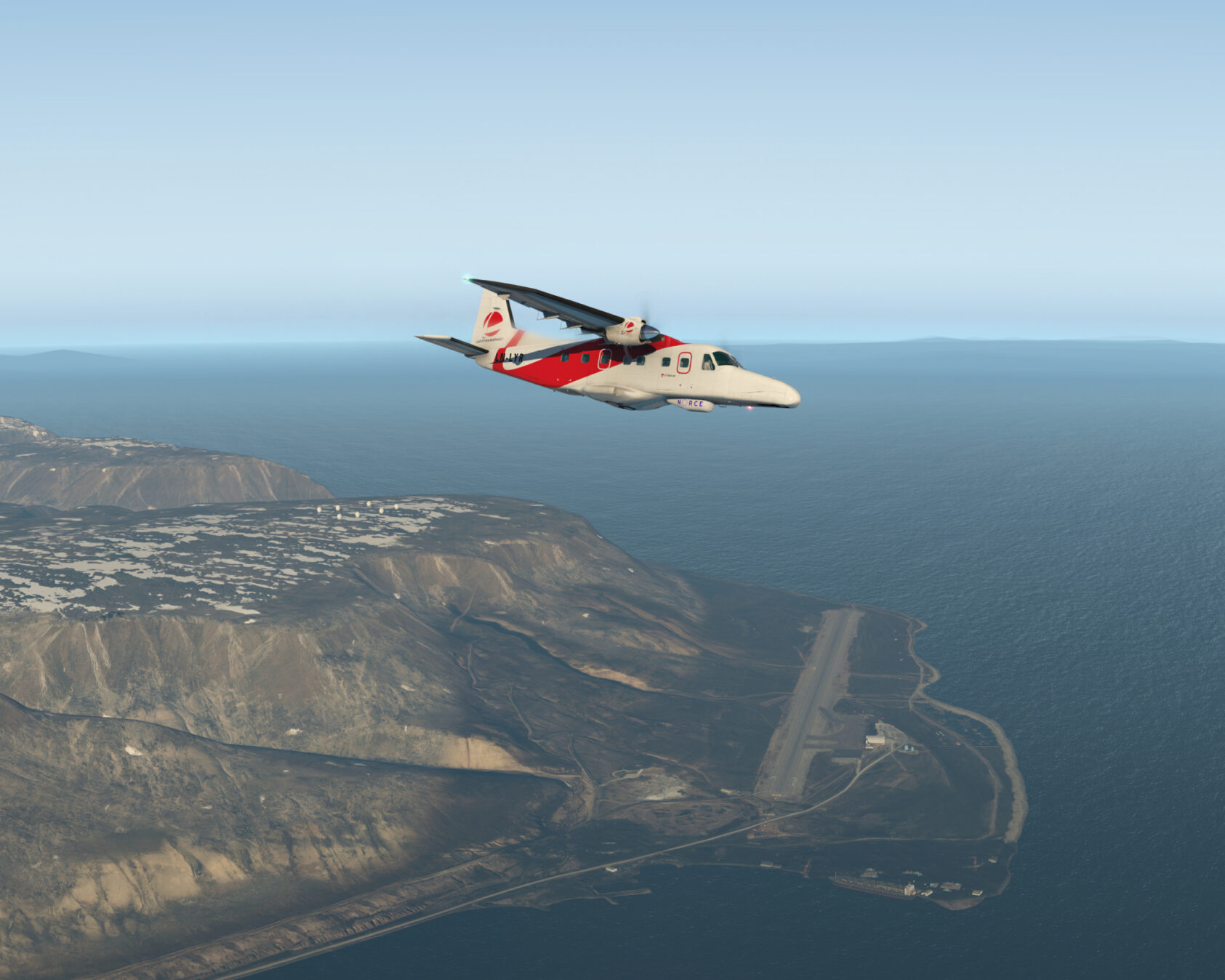 Simulation of Lufttransport AS's LN-LYR over Svalbard airport. The pod under the fuselage contains high-resolution sensors, and the aircraft has associated equipment mounted in the rack inside the cabin.

On August 29, 2019, NORCE conducted its first test flight at Svalbard, where high-resolution data was recorded during an ordinary passenger flight on the Longyearbyen-Svea route. Lufttransport AS's Dornier machine LN-LYR is the world's first passenger aircraft with high-resolution sensors and advanced communication equipment we usually only find on satellites.

Both Norwegian and international research environments at SIOS – Svalbard Integrated Arctic Earth Observing system - had pre-ordered high-resolution optical and hyperspectral images that they wanted to compare with their own data sets from satellite and ground measurements. This helps project manager Agnar Sivertsen and his colleagues at NORCE to validate the equipment onboard the aircraft.

Right after the flights, Sivertsen is excited. The tests show that the equipment delivers in flight. Naturally, he is excited waiting for feedback from the researchers at SIOS as they analyze the imagery. On the first test flights, only optical equipment was tested. The next step is to do radar data collection. 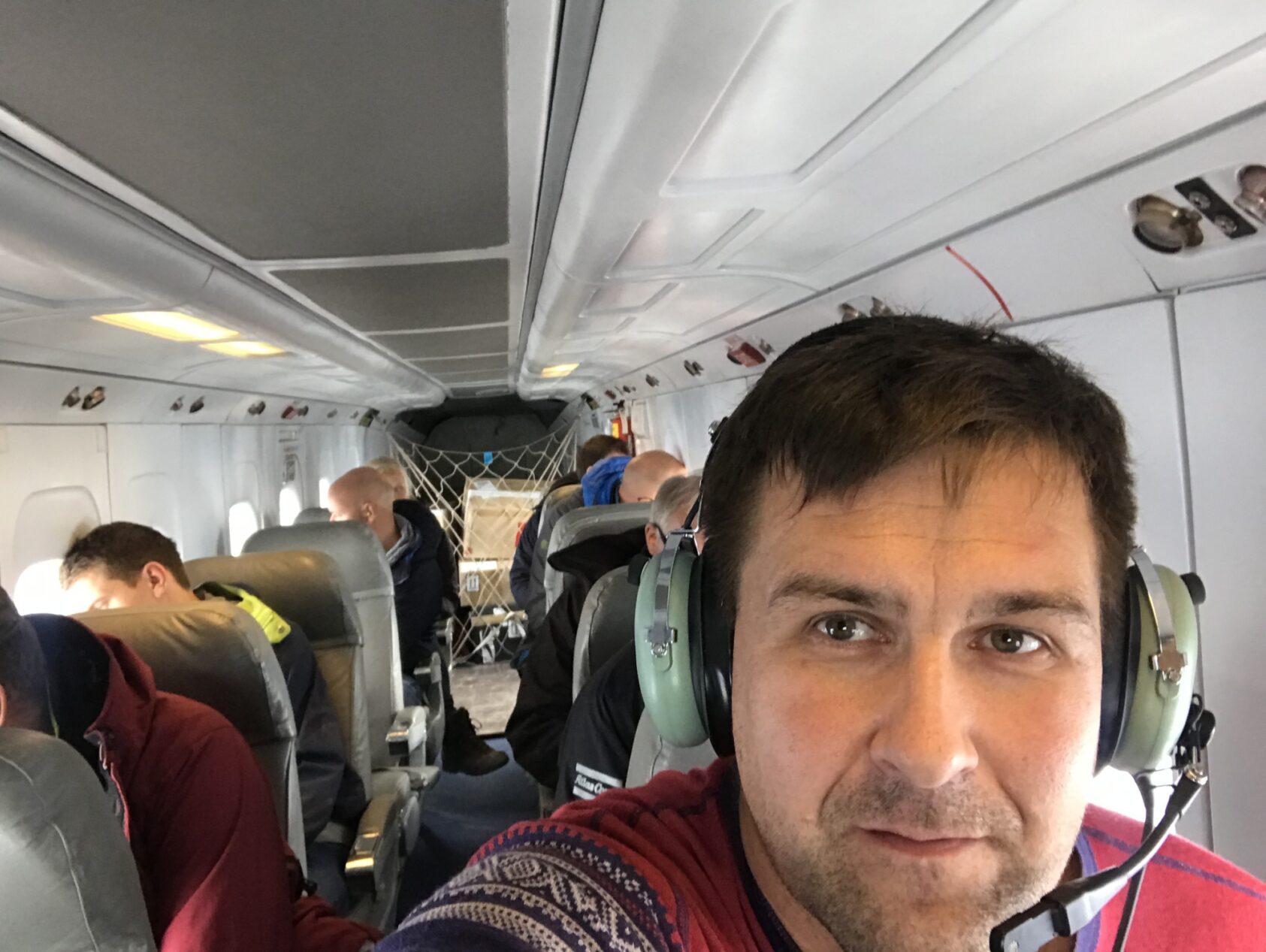 Project manager Agnar Sivertsen aboard LN-LYR on the first test flight with the collection of high-resolution optical data. 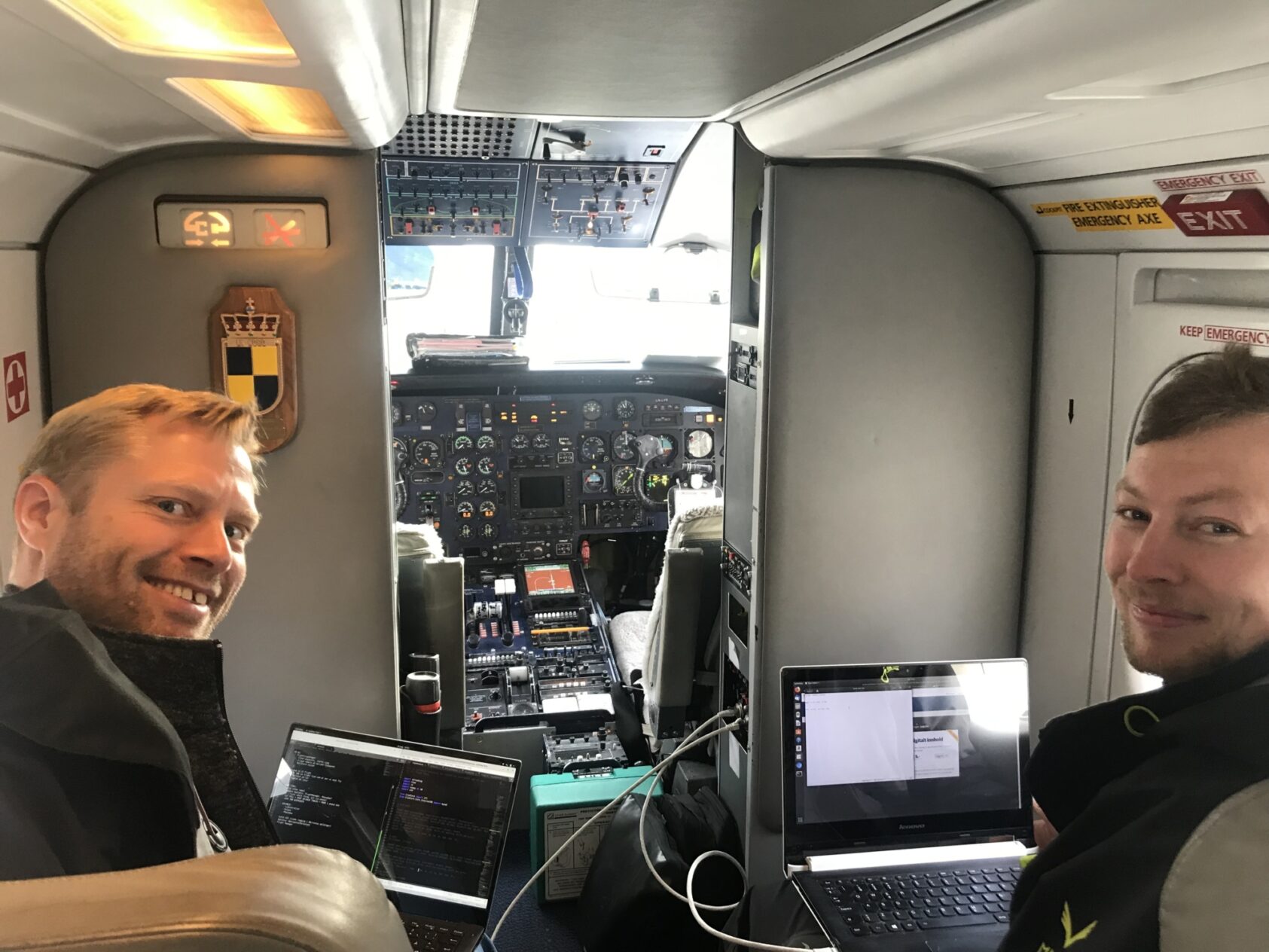 Senior Research Scientist Njål Borch (t.v) and engineer Jakop Reistad in NORCE are ready to follow the data collection on the way to Svea.

There was a high level of activity in a hangar at Tromsø Airport in Arctic Northern Norway in June 2018. The specialist equipment and a team of aircraft technicians have been flown in from Stockholm to install the equipment on board Lufttransport’s 19-seat passenger aircraft. The Dornier is stationed in Longyearbyen (Spitsbergen). The aircraft can now also be used to collect data from land and sea areas in the High North while transporting passengers to Ny-Ålesund, Svea and Northeast Greenland.

The initial phase involves installing advanced cameras and radio communications equipment. However, the next phase will include a radar to provide even better access to data, especially in low visibility due to clouds or darkness.

“This will give us access to a range of environmental and climate data to complement what we already have from satellites and ground-based measurements. We will be able to do better surveys of ice and ice extent and gain a better understanding than we currently have of processes at sea and on land that affect the vegetation and environment. This is useful knowledge for public administration in the north, especially considering the increasing tourism and shipping traffic in the Arctic,” says Senior Research Scientist Agnar Sivertsen from NORCE, who is heading the project Kompetansesenter for luftfartsbaserte tjenester (knowledge centre for air-based services).

The advanced broadband radio onboard is the same type as that used by the Norwegian Coastal Administration. This will enable the aircraft to share data in close real-time and provide data networks for communication with the outside world in areas without internet coverage. The latter is critical infrastructure when accidents occur.

“We are looking forward to the trial period ending so we can deliver an operational service for surveillance and emergency response in the Arctic,” says Lufttransport’s Regional Director for Svalbard, Geir-Arne Sørensen.

“Our plane is stationed in Svalbard and we can move quickly and cover large areas. We want to offer a service in critical situations, whereby we quickly get to an accident site and provide important situational awareness to the operations centre. We will supplement, but of course not replace, the Norwegian Coast Guard and helicopters,” says Sørensen.

Norwegian authorities have responsibility for vast marine areas in the Arctic. Although shipping traffic in these areas is increasing, the level of infrastructure remains low. Consequently, many are concerned about the vulnerable Arctic environment and, not least, the safety of those travelling in the area.

“More than 80 per cent of shipping in the Arctic today is in Norwegian waters, which means we have a special responsibility to ensure safe and environmentally-friendly shipping in these areas,” said the then Minister of Trade and Industry, Monica Mæland, when launching the International Code for Ships Operating in Polar Waters (Polar Code) in 2017.

The project also focuses on challenges related to emergency response. A study by the Norwegian Research Defence Establishment shows that the Coast Guard’s access to helicopter resources will be extremely low in the years to come, a situation that generated a strong reaction from the Norwegian Fishermen’s Association, among others.

Lufttransport’s LN-LYR route already flies with an automatic identification system (AIS) for ships on board. The aircraft transmits its position and receives signals from vessels. It can share this information in real-time, enabling the aircraft to serve as an airborne AIS base station. This complements the information from existing base stations on land and satellites. 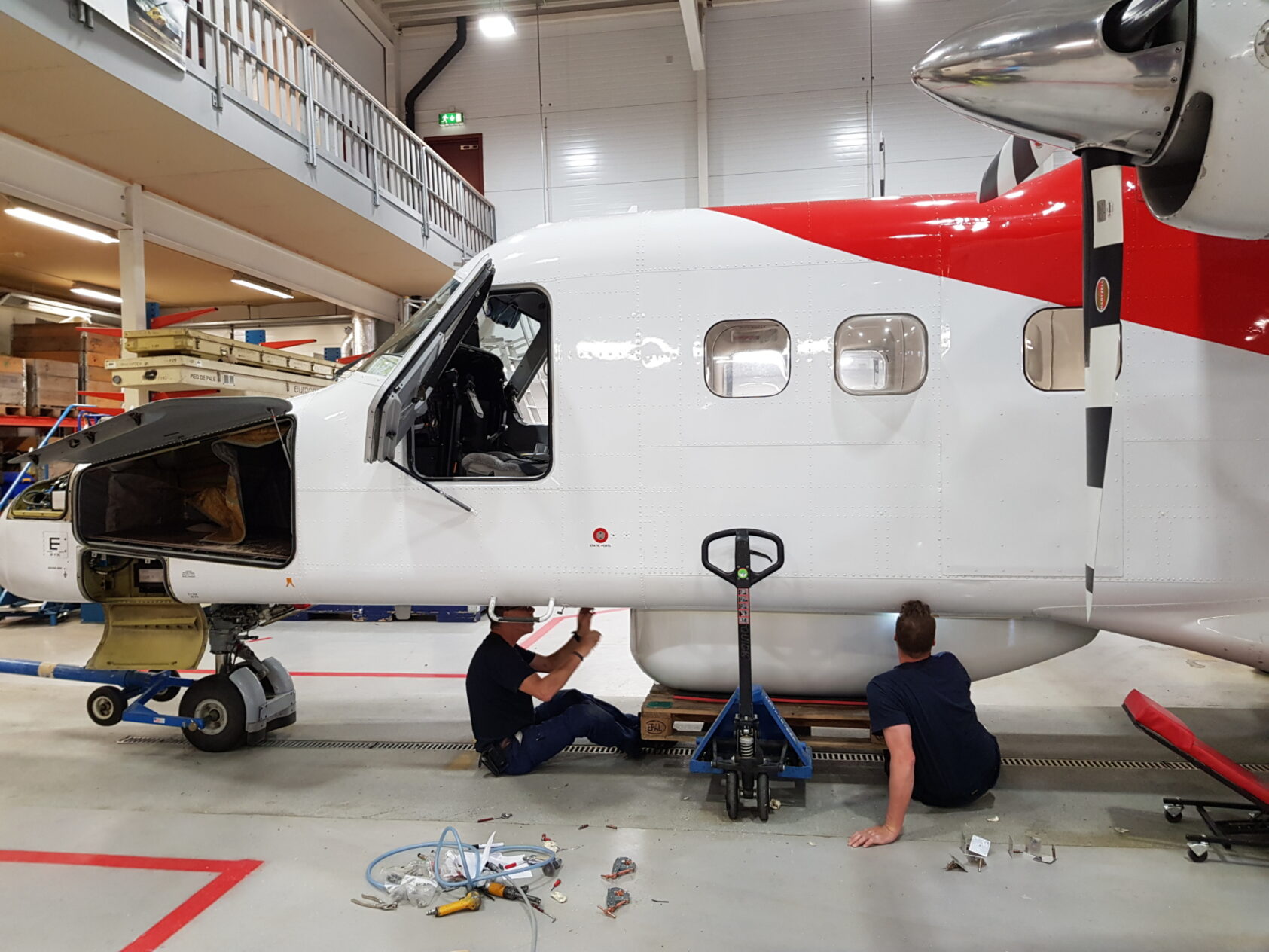 No, it’s not a bath tub. The pod the aircraft technicians from Bromma Air Maintenance are installing under the body of the Dornier contains equipment you normally find in remote-sensing satellites. 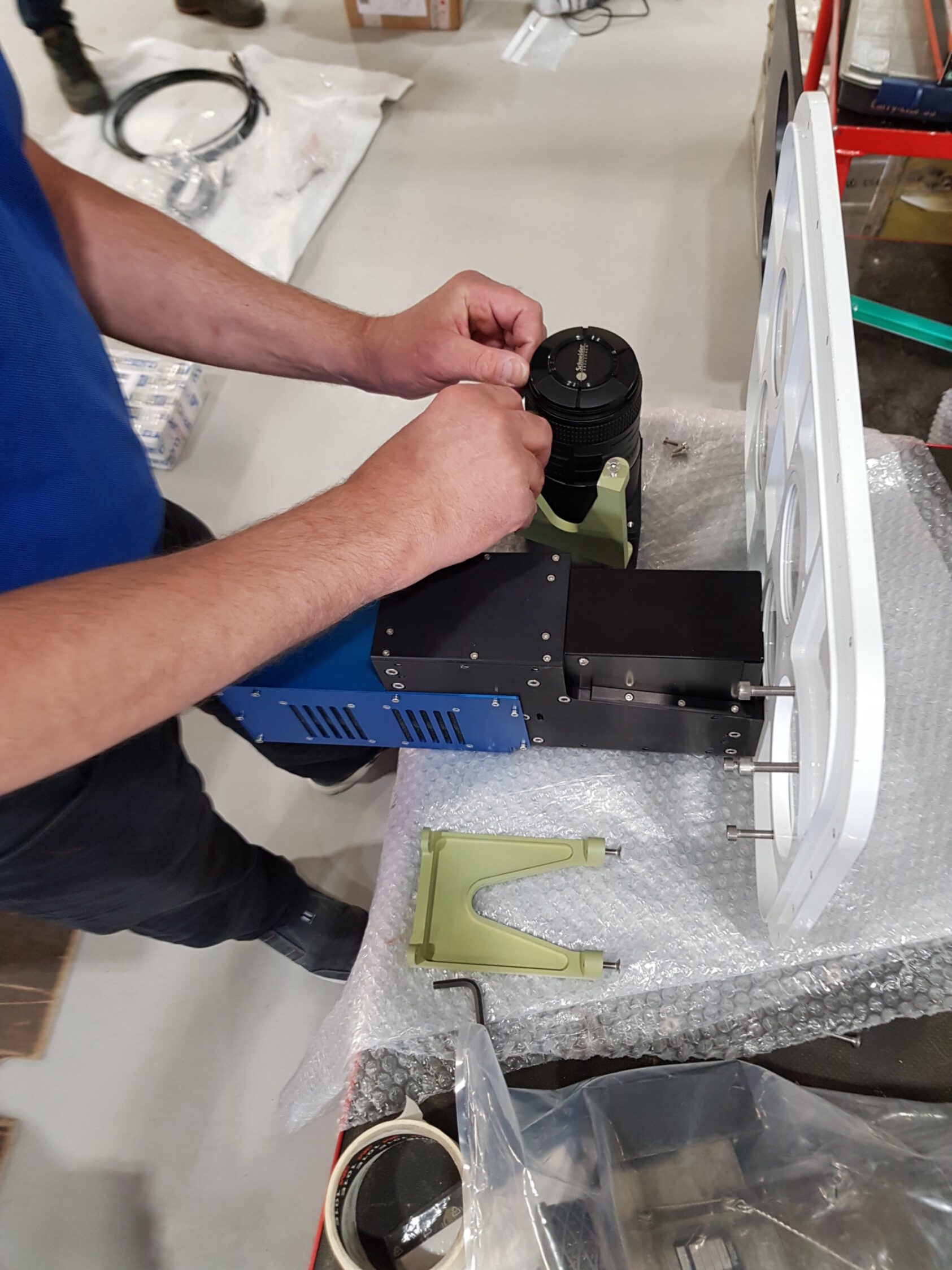 The hyperspectral camera is prepared for installation in the pod under the aircraft. 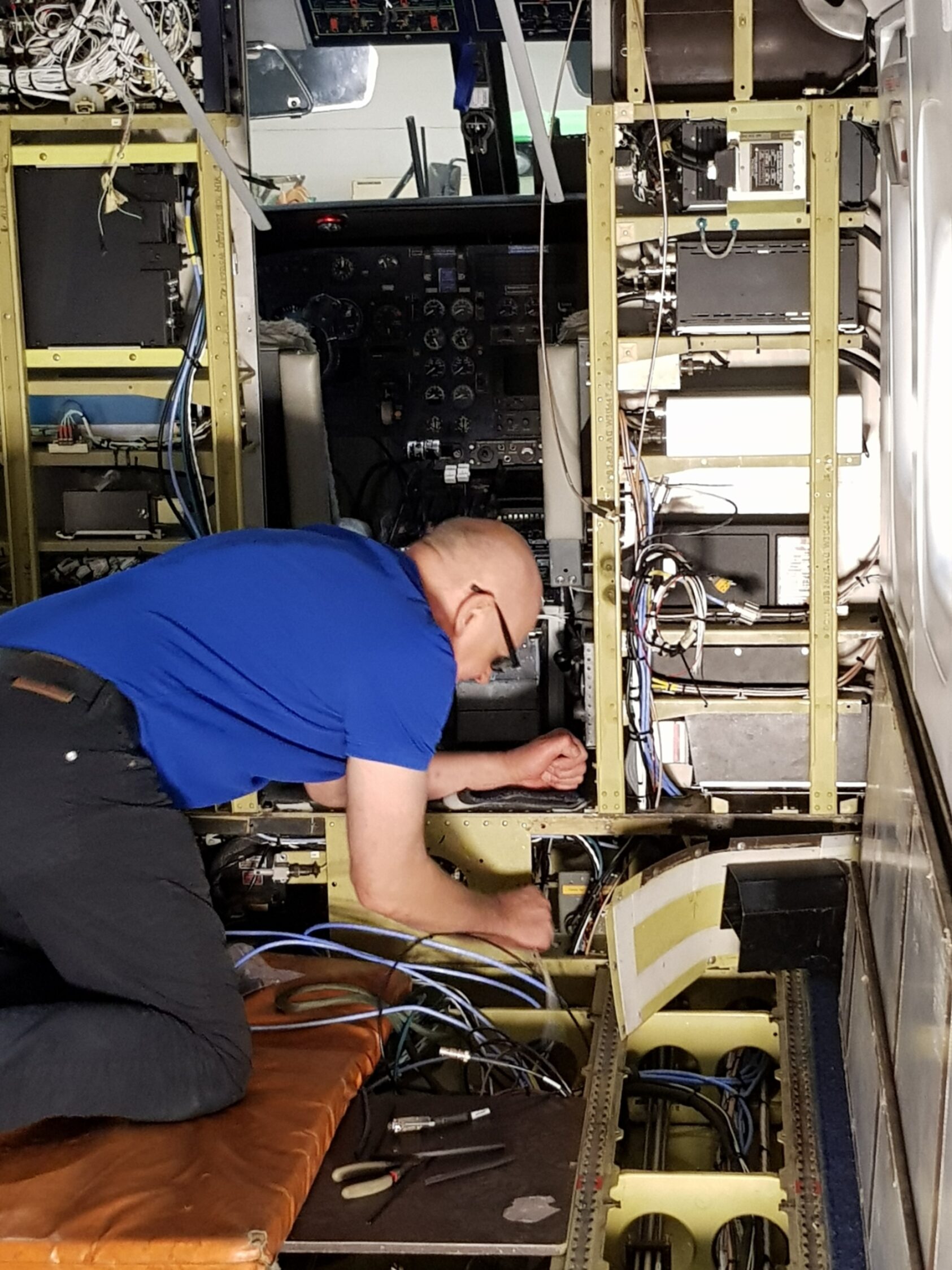 The cabling between the control unit and the remote-sensing equipment is checked.

From satellites to drones and passenger aircraft

Norut, now merged with NORCE, was among the first to adapt and test radar and environmental sensors in drones and is an international leader when it comes to using low-flying satellite technology. The excitement is now related to what passenger aircraft can deliver. The research and technology environments both have expectations for the project since it provides opportunities for frequent and regular data collection from much of the earth.

“As part of the project, we will also develop procedures for how manned and unmanned aircraft can operate together. This provides completely new opportunities for data collection over larger areas, as well as more efficient emergency response in search and rescue operations in the Arctic,” says project manager Agnar Sivertsen.

Sivertsen says working with so much Norwegian-developed technology is a source of extra pride. In addition to the data analysis tools and software developed by Norut, the broadband radio from Radionor in Trondheim is an important part of the payload. The AIS system is from Kongsberg Seatex, and the company has developed its first unit for manned aircraft during this project.

Furthermore, the project integrates a hyperspectral camera from Norsk Elektro Optikk, which will be an important tool for the entire spectrum from mapping vegetation and plastic to the detection of oil and search and rescue operations.

“If we succeed in developing an operational service, it’s hard to envisage the scope of what we have now started,” concludes Agnar Sivertsen at NORCE. 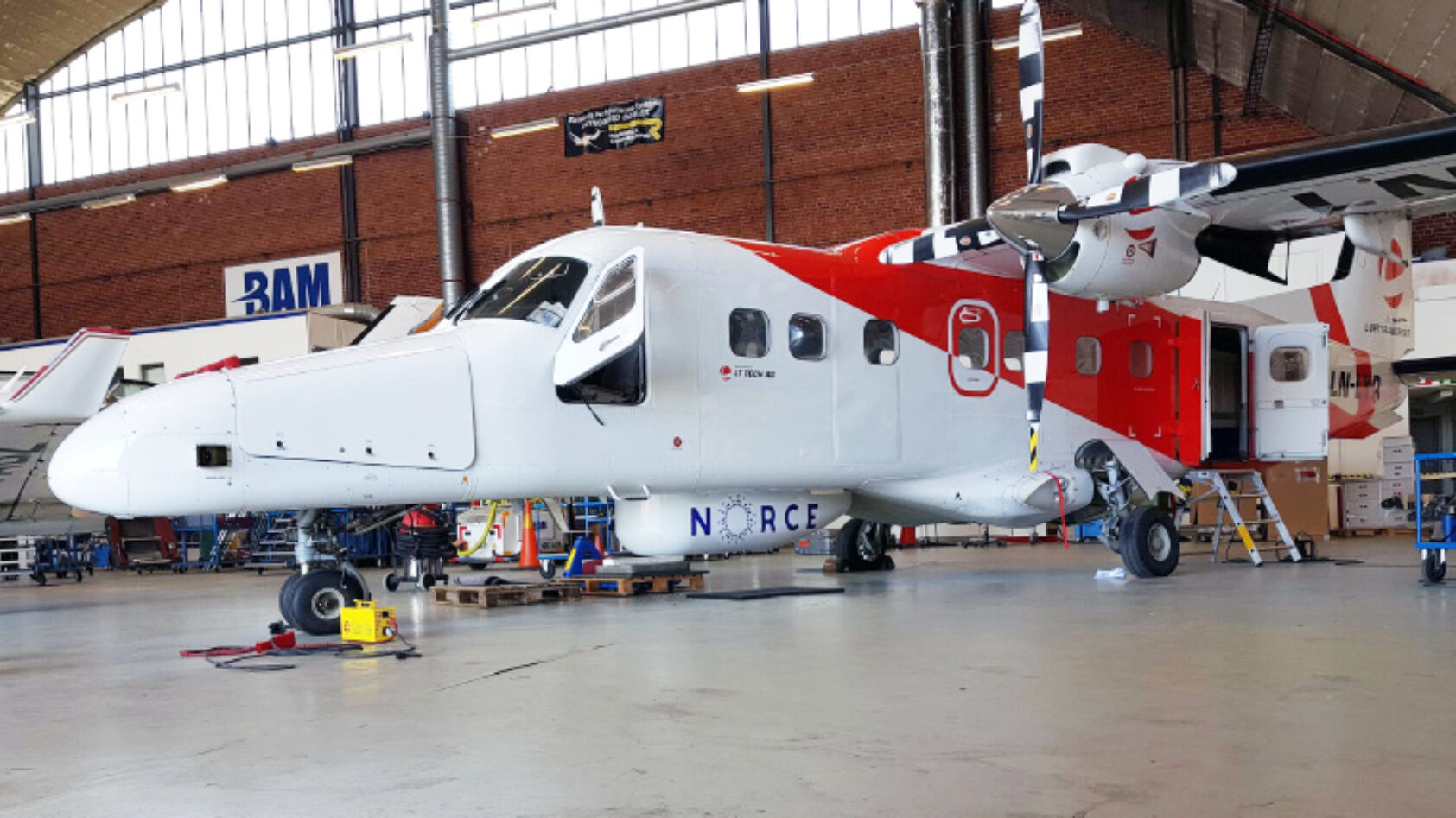 LN-LYR in the hangar at Bromma Air Maintenance, where the pod under the fuselage is permanently mounted.

Simulating a flight at Svalbard

The video below, which is a simulation of a flight near Longyearbyen at Svalbard, demonstrates the interaction between the control system and the payload onboard LN-LYR. The video is produced by Derek McKay, NORCE.