During just one year, the growth of wild salmon was greatly reduced along large parts of the Norwegian coast, particularly among populations in Western Norway and Southern Norway, a new NORCE-led study shows. Scientists have also uncovered why this happened. 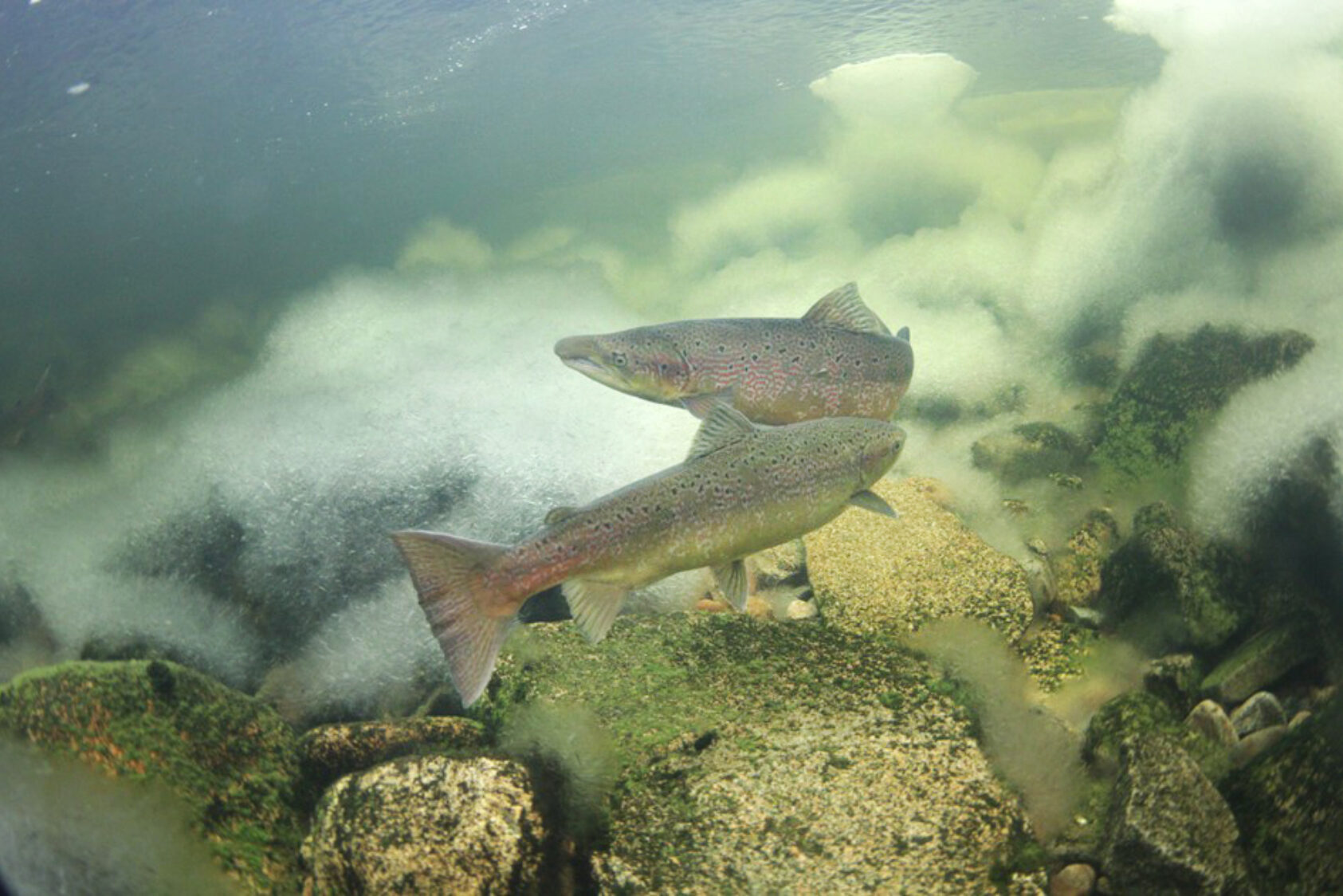 Wild Atlantic salmon return from the sea to spawn in their native river. Here at a partially frozen spawning ground.

According to the scientists, the supply of nutrient-rich Arctic water, which is usually transported naturally into the Norwegian Sea north of Iceland, was greatly reduced around 2005.

They believe that climate change could be a possible explanation, but also point out that knowledge about what controls the inflow of Arctic water is lacking.

The effect can’t really be compared to turning off a tap at home, because the supply of Arctic water to the Norwegian Sea has increased slightly. However, the change in 2005 is seen as a drastic decline, a regime change in which a large part of the most nutrient-rich source of food disappeared.

It would result in a distinct decline in the growth, and basically the fish grew less the following year at sea.

All of this is documented by NORCE scientist Knut Wiik Vollset and his colleagues in a new study, which has been published in the prestigious Science Advances journal.

The research has been carried out in collaboration with the Institute of Marine Research, Rådgivende Biologer (Advisory Biologists) and the Norwegian Institute for Nature Research – NINA.

The scientists reported a sudden reduction in the growth of wild salmon from 2004 to 2005, in populations from Oslo to Nordland County. In the two most affected regions, Western Norway and Southern Norway, the decrease in growth is 25 percent and 36 percent respectively.

“The basis for strong salmon populations is good growth conditions at sea. When such drastic changes in the ocean occur, our salmon populations become more vulnerable than they have been”, says Vollset, who is the main author of the new study.

Together with colleagues from the Institute of Marine Research, Rådgivende Biologer and NINA, Vollset and NORCE are part of a larger project called SeaSalar (funded by the Research Council of Norway and led by NINA), where research is conducted on what is happening to salmon in the ocean.

“This is a very important breakthrough for our understanding of how salmon are affected during their ocean migration”, says NINA scientist Eva B. Thorstad, who is project manager for SeaSalar.

The scientists have had a theory that there has been a gradual decline in growth conditions.

“We thought the changes in salmon growth conditions in the ocean were gradual, but we have now discovered a major, sudden change in growth from one year to the next. This is dramatic. When the fish are much smaller during the first few months they spend in the ocean, it is likely that their survival at sea will decrease”, says Vollset.

“Is this still the case, 17 years after the change in 2005, that not enough Arctic water is being supplied to the Norwegian Sea?”

“It is on its way up again, and that could be a positive signal. However, we are also entering a different phase. It is warmer in the ocean now than in 2005, so it is unclear whether the ecosystem will return to what it was like before 2005, and whether the growth conditions for salmon will go back to the way they once were”, says Vollset.

Vollset says it will be important that the management of wild salmon stocks in the future becomes even more vigilant when it comes to human influences that can be dealt with. 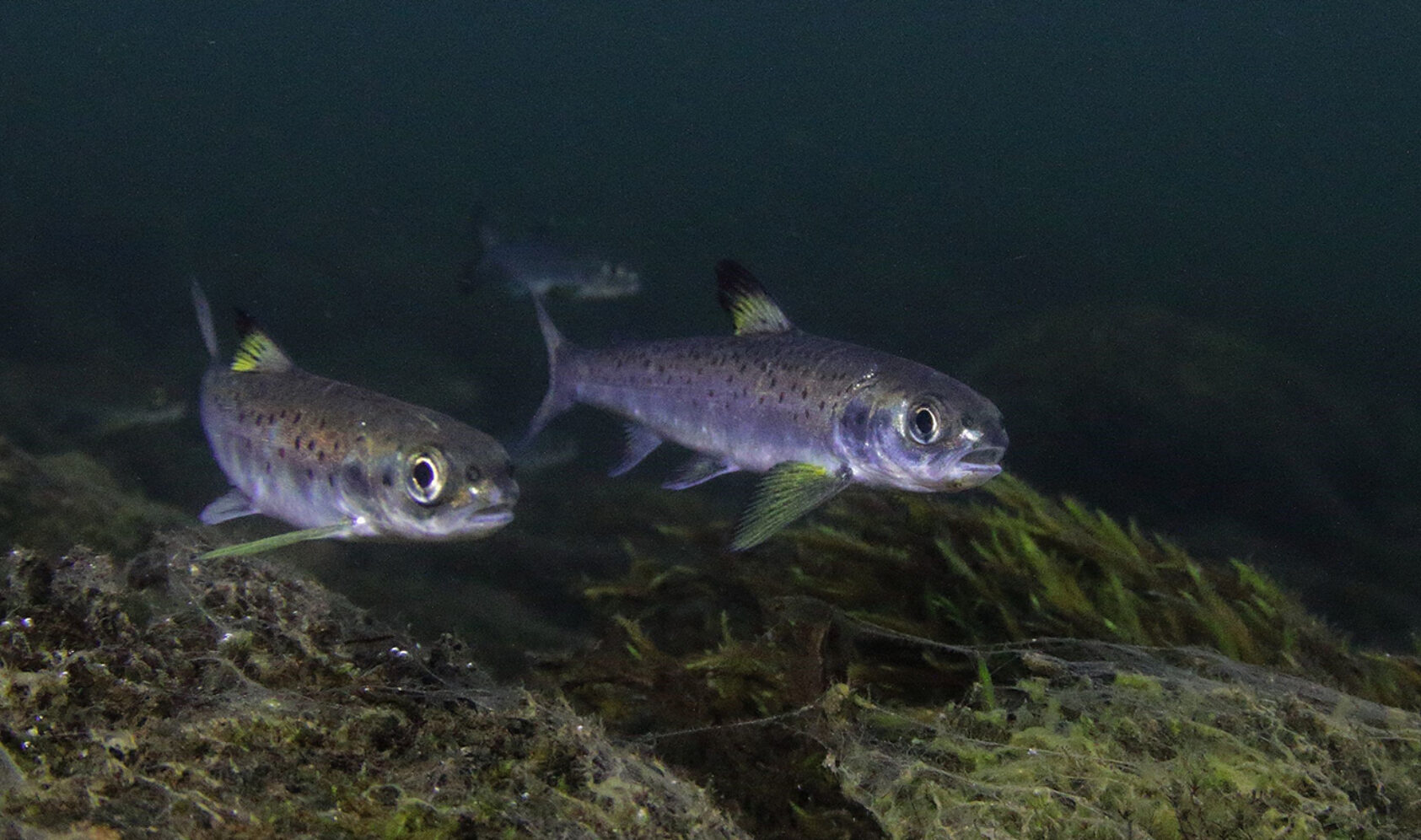 Salmon smolt starting the long and hazardous migration from the river to the feeding grounds at sea.

“Climate change means that one must have an even greater focus on other influences such as food supply in the ocean, and the influence of things such as fish farming. Our study is an example of where we are heading. If this continues, salmon stocks further north could also be affected”, says Vollset.

“We must expect that it will be more difficult to manage wild salmon stocks when their growth in the ocean decreases. This will affect how much of the salmon stocks we can harvest”, he adds.

In the new study published in Science Advances, scientists have thoroughly studied 50,000 salmon scales from a total of 180 salmon populations along the coast. Previously, only analyses of individual datasets existed.

Vollset and his colleagues have now made accessible a large archive, with a new overview – and a completely unique insight into when the big decline occurred.

“This growth pattern that we salmon scientists see in the scales is a very dramatic signal. We are working together with marine scientists who have provided data for this study showing that this isn’t just happening to salmon; there is a 50 percent decrease in zooplankton, and there was also a rapid decline in the growth of mackerel during the same period. The entire ecosystem is affected”, says Vollset.

The scientists have not only revealed and dated the sudden decline in size from one year to the next. They have also uncovered new knowledge about why the change occurred.

“We document that this happened after a drastic change in the ecosystem in the Norwegian Sea, a sharp systematic change from one year to the next. The Norwegian Sea doesn’t seem to have the same growth conditions for salmon that it had before the occurrence that took place in 2005”, says Vollset. 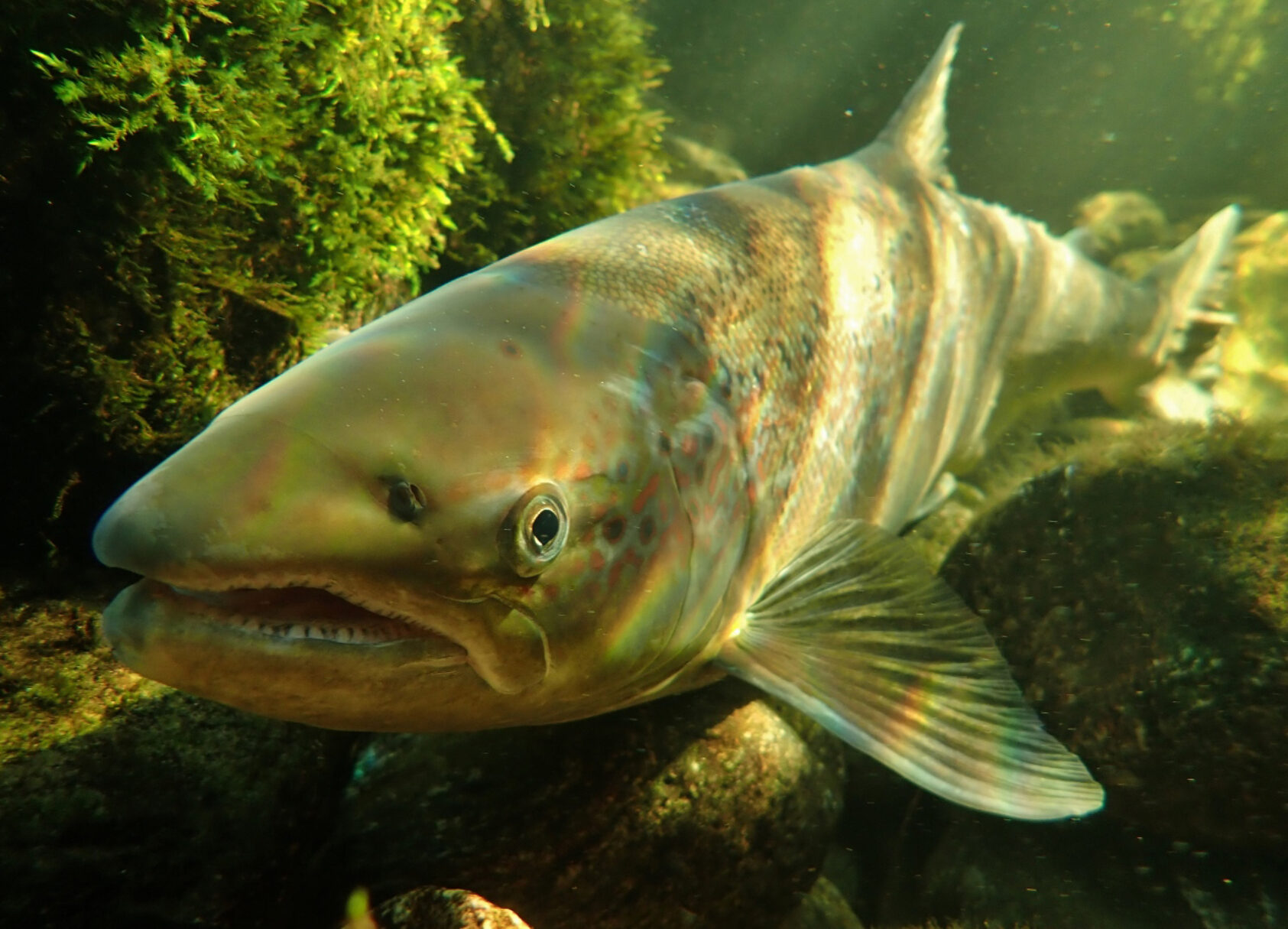 Wild Atlantic salmon return from the sea to spawn in their native river.

He says that they do not know exactly what led to the change of regime, but the change in Arctic water in the period before 2005 is striking.

“One question is whether this change, which seems to be driven by a change in Arctic water, occurs due to climate change or is just a long-term variation in the pattern of ocean currents. We simply don’t know yet”, says Vollset.

In November 2021, wild Atlantic salmon were placed on the Norwegian Biodiversity Information Centre’s red list, in the ‘Near Threatened’ category, after several years of decline in the number of salmon returning to the rivers to spawn.

Since the 1980s, the influx of salmon from the sea to Norwegian rivers has halved, Vollset says. The decrease is due to both human activity and lower survival rates at sea.

NORCE uses cookies to give you a better user experience through statistics on traffic and content optimization.