Investigating Byfjorden for Microplastics Down to 300 Metres in Depth

Unknown amounts of microplastics from Byfjorden may spread to the vulnerable Arctic. International fieldwork in the fjord, just outside Bergen city centre, aims to uncover plastic hotspots in the fjord to reduce the spread from south to north. 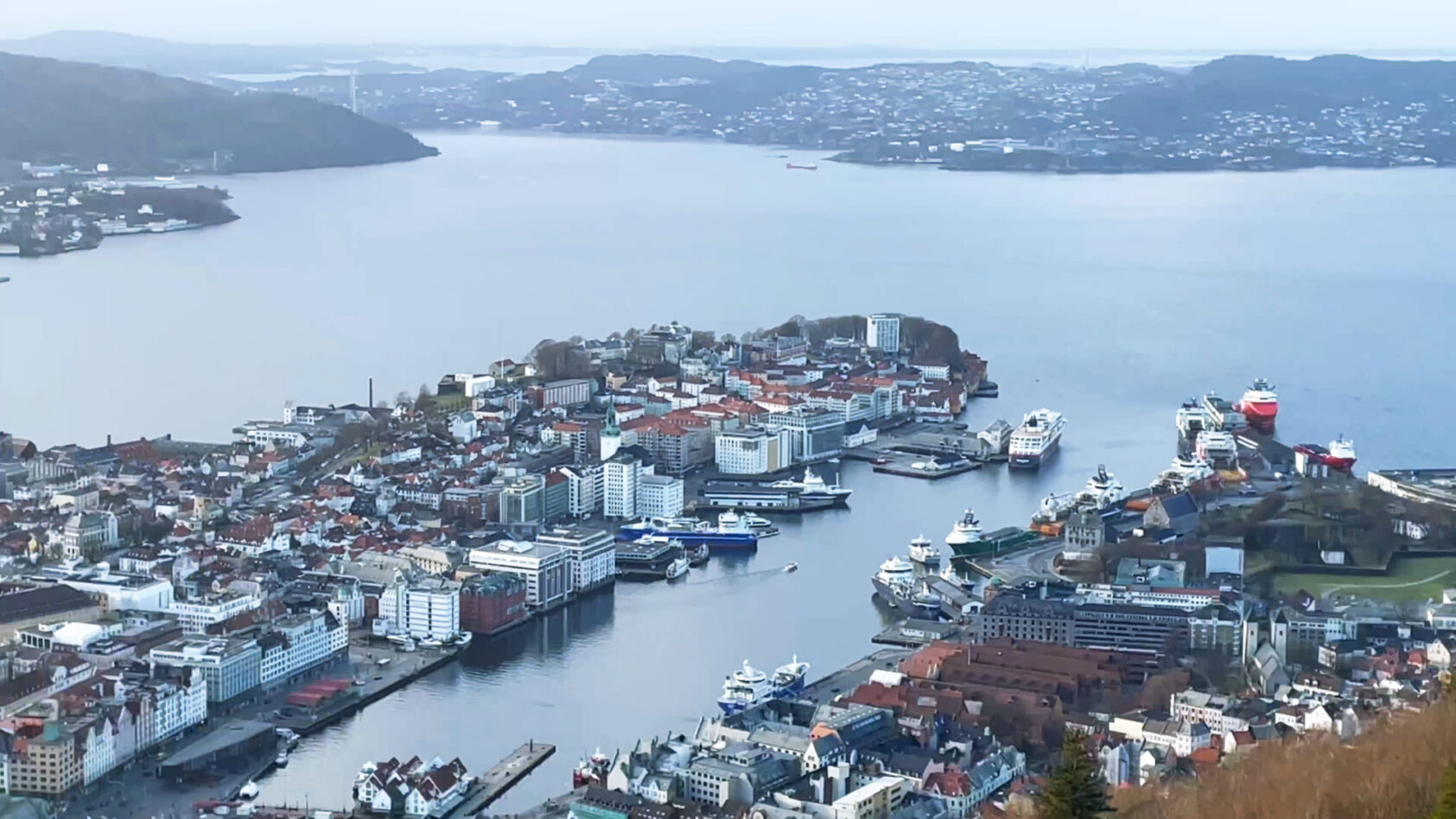 View of Byfjorden outside of Bergen, Norway

It is a disturbing phenomenon: plastic in the ocean and from European rivers is constantly spread northwards by the water masses. The plastic follows the currents along the Norwegian coast to the Arctic Ocean.

Norway’s long coast plays an important role in this plastic waste journey. Therefore, the scientists’ investigations of urban coastal areas are also important, not just the hard-hit natural gems such as Lisle Lyngøyna, which has a plastic landscape accumulated for decades.

The scientists started their extensive work on 30 May, and it ended on 5 June. 12 scientists from five nations participated.

The investigations conducted over two weeks are part of the JPI FACTS project. The project aims to establish and better understand how plastic is transported. In practice, plastic enters into some kind of cycle. Limiting the amount to protect animals and nature is a major challenge.

Finding Out Where the Plastic Accumulates

NORCE scientist and microplastics expert Alessio Gomiero is coordinating the fieldwork. Never before have investigations into microplastics and nanoplastics been carried out on such a large scale in Norwegian urban coastal environments.

“We don’t know enough about plastic distribution from the city to urban coastal environments and further out to sea. We will conduct comprehensive mapping, find out where the microplastics are accumulating, and uncover which types of plastic are most prominent”, says Gomiero.

Throughout the JPI project, several research expeditions are carried out from the German Bight (the southeastern part of the North Sea) to Svalbard in the north. Plastic samples are collected by large research vessels and other smaller vessels and instruments.

FACTS is a consortium of 15 research institutions from 8 countries, led by Aalborg University in Denmark and coordinated by Professor Jes Vollertsen.

Like Alessio Gomiero, Vollertsen is also a key scientist in NAMC. The centre brings together several international experts and knowledge communities to investigate the problems related to microplastics, and to contribute to solutions to this major challenge.

Down in the Depths, the Plastic is Spread over Large Distances

During the fieldwork in Byfjorden, samples are collected at the ocean surface and depths of 40 and 300 metres.

Such depth isn’t extreme in a Norwegian fjord context. However: so far, investigations into the spread of microplastics via ocean currents have mainly taken place in surface water.

Therefore, these are unique studies that will tell the scientists a great deal about long-distance plastic spread, without it even being present in the upper water layers.

A filtration unit named AAU Kraken will be sent down to 300 metres. There it will filter several thousand litres of water per sample taken from microplastics and nanoplastics. Closer to the surface, a coastal drone from Aalborg University will collect plastic samples.

Alessio Gomiero adds that samples from the air also will be collected, in order to look at this type of distribution of tiny plastic particles.

The scientists hope that the investigations conducted in the JPI FACTS project will help them form a much more precise picture of the types of plastics that travel from land to water, and which types of plastic are spread over long distances.

“Urban coastal areas may be a significant contributor to the plastic that ends up in the open sea. Currently, we don’t know enough about the distribution in such areas, we assume that there is a lot from the city, such as from car tires, but we have to document it”, says Gomiero.

What About Airborne Microplastics?

He adds that water is often considered the main distribution route for plastic from urban areas to nearby coastal areas.

“Let’s see how large the airborne contributions are, and from the road network that is located close to the fjord, for example. We might be surprised? Let’s just wait and see what we find out”, says Gomiero.

What can be done apart from detecting hotspots and the spread of plastic northwards, can the spread to the Arctic be significantly limited through measures in fjords?

“Yes, it is possible. When hotspots are detected in urban coastal areas, a strategy can be developed to collect this plastic and prevent it from being transported out to the open sea, and to a greater extent prevent the plastic from moving northwards”, says Gomiero.