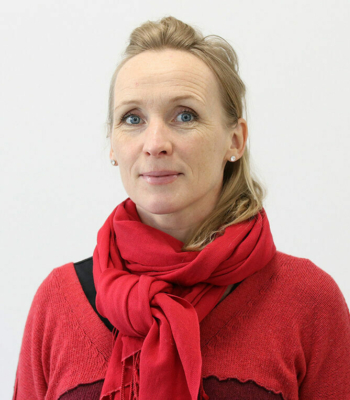 Microplastic pollution is omnipresent in biota around the globe, and concerns are rising that humans are exposed to microplastics (MP) through food. Investigations of MP in wild animals relevant for human consumption and the effects in exposed birds and mammals is warranted. We investigated the concentrations of MP in organs and tissues of fish, seabirds, terrestrial and marine mammals from a plastic polluted area near Bergen, Norway. A standardized autopsy included evaluation of condition, bacteriological and histopathological analyzes. Tissues were analyzed for MP (>10 µm) by pyrolysis Gas Chromatography Mass Spectrometry (py-GCMS) and inspected by polarized light microscopy. We analyzed samples of stomach and intestinal wall, liver and muscle/fillet from three flounders, three cod, three seabirds, three otters and one seal, kidneys from seabirds, otters and the seal, and gills from the fishes. No large plastic items were observed in the gastrointestinal tracts. Eight of 13 animals had MP in one or several tissues. MP was found in intestine (5), stomach (4), liver (3), muscle (3). No MP was found in the seal, and only in the stomach wall of one otter. In seabirds, MP was found in the intestine, stomach and liver, but not muscle. The highest concentration was 3.4 µg/g wet weight in cod liver. Three of the nine investigated polymers were found above the Limit of Quantification (LOQ): Polyvinylchloride>polystyrene>>polyethylene terephthalate. MP was quantified in one of four replicates of cod muscle and one of two replicates of cod liver. No MP was observed by microscopy. The results show levels under or close to the current LOQ. Replicates indicate uneven MP distribution in tissues and resulted in higher prevalence of MP for cod. No adverse effects could be related to MP. The sample size was small, and conclusions cannot be drawn regarding effects or risks. The animals were by-catch, and mostly in good condition when caught. Procedural blanks and air-controls showed very low MP, and support that the MP come from environmental sources. Further studies are needed to determine levels of microplastic in edible tissues and the current wildlife exposure through the food web.

Highlights Twenty different microplastic polymer types were identified in sediment from an urban fjord Microplastic concentrations ranged from 12,000 to 200,000 per kilo dry sediment Particles under 100 μm dominated, and made up >95% of the total particle count Particles over 500 μm had different distribution pattern and polymer composition than small size classes Hotspots can be targeted following the sediment organic content and known ocean currents.

The Norwegian Coastal Current transports natural debris and plastic waste along the Norwegian coastline. Deposition occurs in so-called wreck-bays and includes floating debris, such as seaweed, driftwood and volcanic pumice, and increasing amounts of plastics during the last decades. Deposition in these bays is controlled by ocean currents, tidal movements, prevailing winds and coastal morphology. We have compared soil profiles, analyzed the vegetation and inspected aerial photos back to 1950 in wreck-bays and defined three zones in the wreck-bays, where accumulation follows distinct physical processes. Zone 1 includes the foreshore deposition and consists of recent deposits that are frequently reworked by high tides and wave erosion. Thus, there is no accumulation in Zone 1. Zone 2 is situated above the high tide mark and includes storm embankments. Here, there is an archive of accumulated debris potentially deposited decades ago. Zone 3 starts above the storm embankments. The debris of Zone 3 is transported by wind from Zone 1 and Zone 2, and the zone continues onshore until the debris meets natural obstacles. Plastic accumulation seems to escalate soil formation as plastic is entangled within the organic debris Mapping and characterizing the soil layers indicates that deep soils have been formed by 50 or more years’ accumulation, while the pre-plastic soil layers are thin. The plastic soil forms dams in rivers and wetlands, changing the shape and properties of the coastal landscape, also altering the microhabitat for plants. This case-study describes an ongoing landscape and vegetation change, evidently co-occurring with the onset of plastic accumulation. Such processes are not limited to the Norwegian coastline but are likely to occur wherever there is accumulation of plastic and organic materials. If this is allowed to continue, we may witness a continued and escalating change in the shape and function of coastal landscapes and ecosystems globally.